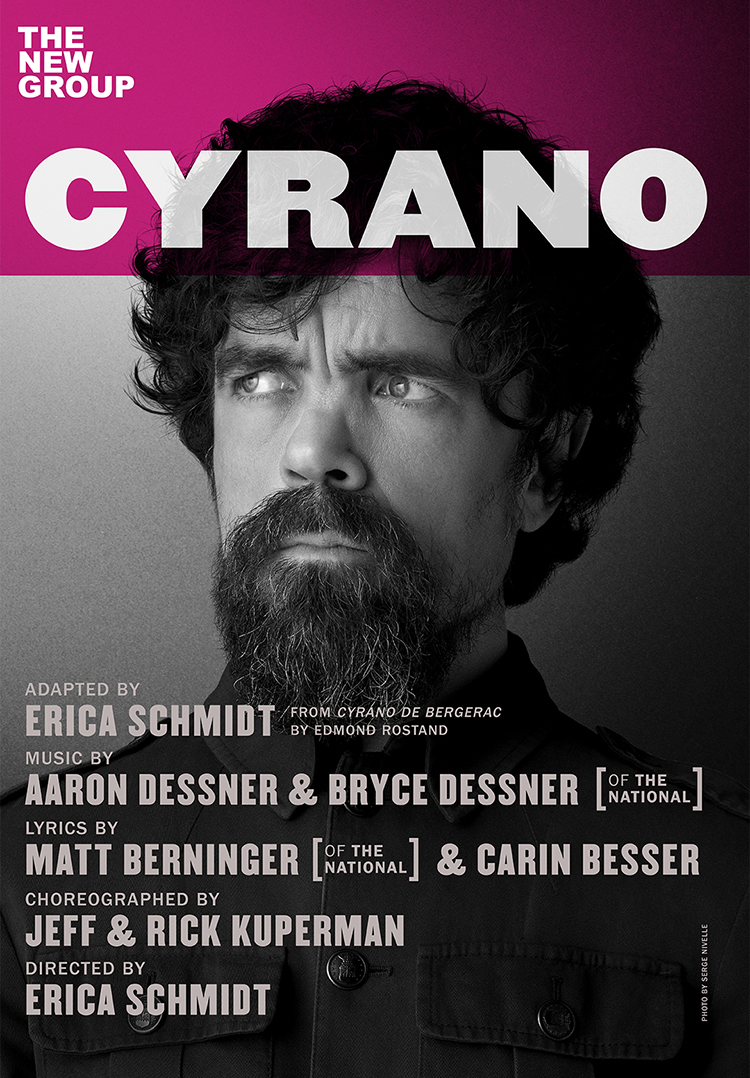 A raw and transporting new version of the classic tale of unrequited love and ghostwritten letters, Cyrano tells the story of a proud man who, believing himself unlovable, agrees to woo the woman he loves for another. With a charged contemporary immediacy to the language, this adaptation by Erica Schmidt (All the Fine Boys) mines this enduring, human story for its deep vein of heartbroken yearning, with haunting and compelling music by members of the Grammy Award-winning band The National and the Emmy and Golden Globe Award-winning actor Peter Dinklage in the title role.