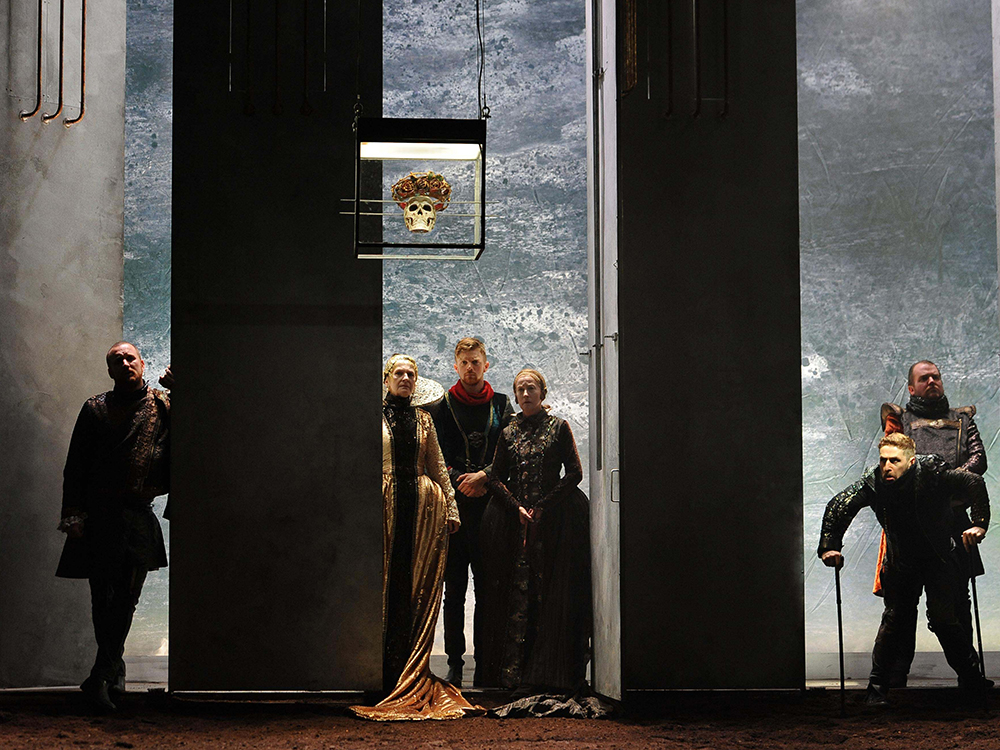 Presented by the White Light Festival at Lincoln Center for the Performing Arts.  “Conscience is but a word that cowards use, devised at first to keep the strong in awe.” Shakespeare’s Richard III is a chilling story of power and ambition. His ruthless monarch resonates through the ages in DruidShakespeare: Richard III, a darkly comic production from Ireland’s Druid theater company and Tony Award–winning director Garry Hynes.

Program Image Caption
The cast of Richard III.
Program Image Description
A set divided in three parts. Actors stand among the three sections, dressed in dark traditional Shakespeare costumes looking seriously out at the audience. Richard stands on the far right, supported by two canes. A skull with a crown hangs in a glass box above the actors.